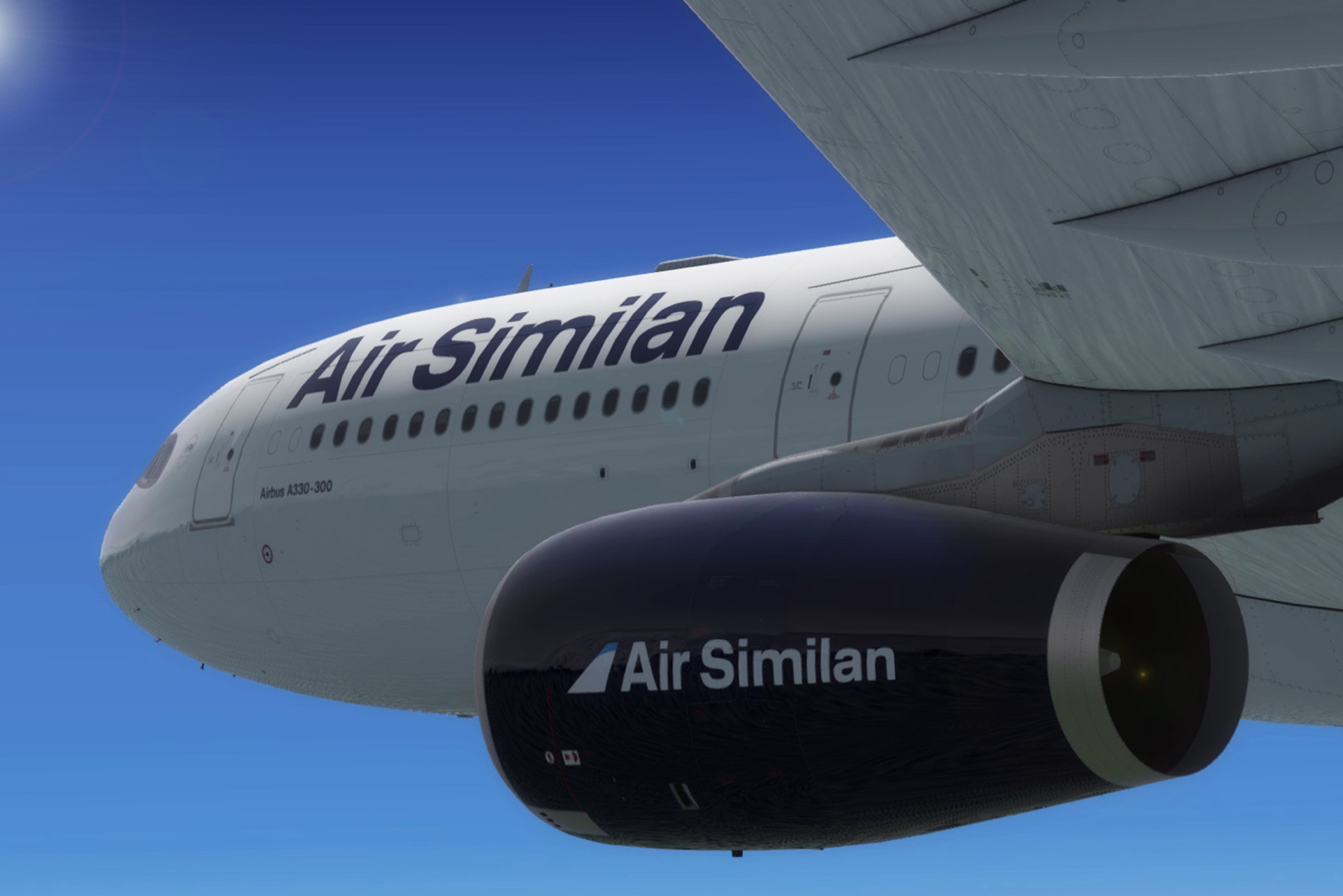 Beginning of the summer season at Air Similan


Paris, June 21, 2020 | The summer season begins at Air Similan tomorrow. Many new products are appearing within the airline.

Firstly, Paris-Charles-De-Gaulle Airport welcomed the very first Airbus A330-343 painted in the colors of Air Similan last Friday, June 19, following a ferry flight from the Airbus factories in Toulouse Blagnac. This delivery introduces long-haul to the Air Similan network which will allow the member airline of MyFlightway Group to conquer new markets. Also, the A330 will offer Air Similan the possibility of developing short- and medium-haul routes with larger capacities for the most demanded destinations, especially during this summer period.

The Air Similan Airbus A330-300 will be able to accommodate 245 passengers in a three-class configuration, with 30 last-generation Business class seats configured in 1-2-1 allowing each passenger direct access to the aisles and equipped flat beds and large high-definition screens. The A330s will also have 28 seats in a new Premium Economy class and 187 seats in economy class. With the new Premium Economy, enjoy many additional benefits, such as 50% more legroom, more personal and intentional service, a higher baggage allowance, a toiletry bag, a larger individual screen, a drink welcome, a la carte menu and dishes served in porcelain dishes, priority check-in and boarding, access to Lounges at the airport ...

Having recently received all of its Boeing 737-800s, Air Similan has significantly expanded its network for this summer. The airline will first increase its service to the Iberian Peninsula, with the establishment of routes to Madrid and Lisbon, but also to Palma de Mallorca and Madeira. The Mediterranean coast will also be there this summer with the entry into service of flights to Luqa, Athens, Bodrum and Cairo. In addition, Bucharest, Vienna, Zurich, Moscow, Riga, Helsinki, Copenhagen and Reykjavik will be added to the network, enough to succumb to the charm of European cities.

With the addition of the Airbus A330-300 to its fleet, Air Similan is launching a long-haul market to Asia by conquering Male, Mumbai, Bangkok and Phuket, Kuala Lumpur and Denpasar, as well than Astana.

Another novelty arising from the application of Air Similan's summer planning is the establishment of a second operational base at Nice Côte d'Azur Airport (NCE / LFMN) in order to support that of Paris Charles- de-Gaulle, the airline's main base. A Boeing 737-800 will now be based there, where there will be flights to Paris, but also to Lille, Toulouse, Nantes and Bordeaux.

All of the new features set out above, available now on the site www.airsimilan.com , will enter into force as of tomorrow, Monday, June 22, 2020. Find the entire network of the airline here .